Sadler’s Wells has announced the appointment of Zoonation as its latest resident company.

Zoonation is the third dance company to join the line up of resident companies at Sadler’s Wells following Matthew Bourne’s New Adventures in 2006 and Wayne McGregor / Random Dance in 2001. Zoonation’s appointment also coincides with the appointment of  lighting designer Michael Hulls and musician and composer Nitin Sawhney as associate artists.

Alistair Spalding, artistic director at Sadler’s Wells commented: “I’m delighted that Kate, Michael and Nitin have accepted the offer of becoming part of the Sadler’s Wells Associate Artist team. All three are leaders in their field and each bring a hugely individual vision for dance, lighting design and music. Our Associate Artists and Resident Companies are at the heart of Sadler’s Wells’ commitment to artistic excellence and our vision for dance as the art form of today.”

Sadler’s Wells has also announced that the first work by ZooNation in its new role as resident company will be presented in 2011. The company’s new piece, created by ZooNation founder and director Kate Prince will be a hip hop dance theatre production inspired by the iconic film Some Like It Hot, titled Some Like It Hip Hop.

Kate Prince, founder of Zoonation said: “We are so happy to be at Sadler’s Wells. It has played such a major role in the development of ZooNation. They gave us the opportunity to develop and perform Into the Hoods for the first time and now they have given us a home.” 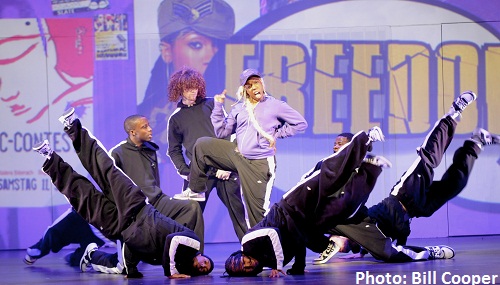 Sadler’s Wells first established a relationship with Kate Prince and ZooNation in 2002 with the company’s first work, BoxBeat performed in the Lilian Baylis Studio. In 2004, the company featured in the theatre’s inaugural international festival of hip hop dance theatre, Breakin’ Convention.

In addition to her role with ZooNation, Kate Prince works as a freelance choreographer and teacher. Working across theatre, television, film, music video, commercials, and live events, she is currently one of the choreographers working on the new Sadler’s Wells Production Shoes, composed by Richard Thomas and directed by Stephen Mear, premiering at the theatre in September 2010.

In early 2010 Kate choreographed for So You Think You Can Dance on the BBC and last year completed filming on the movie StreetDance 3D, released in May 2010, earning £1.8 million at the box office.

In 2006 Kate directed and co-choreographed ZooNation’s Into the Hoods which performed at Sadler’s Wells’ Peacock Theatre, Edinburgh Festival and Wales Millennium Centre, before moving to the West End’s Novello Theatre in 2008. It became both the first ever hip hop dance show to open in the West End and the longest running dance show in the West End’s history.
Kate has also choreographed for the girl band The Saturdays, for their first two singles If This Is Love and Up! and their UK tour supporting Girls Aloud.

ZooNation was founded in London in 2002 by Kate Prince and consists of two performing companies, ZooNation and ZooYouth. As well as creating the award-winning show Into the Hoods, ZooNation have created and performed pieces for some of the most high-profile sporting events in recent years including the Closing Olympic Ceremony in Beijing.