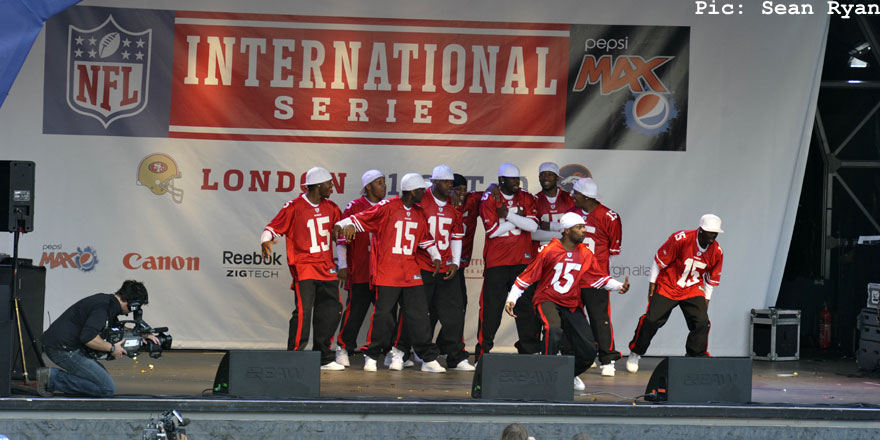 To promote American football in the UK, the NFL plays a high profile match internationally to widen interest in the sport overseas.

The rally was attended by over 38,000 people who came to see the 2010 Pepsi Max NFL International Series hosted by the San Francisco 49ers ahead of their game with rival team the Denver Broncos.

Flawless performed on stage alongside The Cuban Brothers and American rapper Asher Roth.