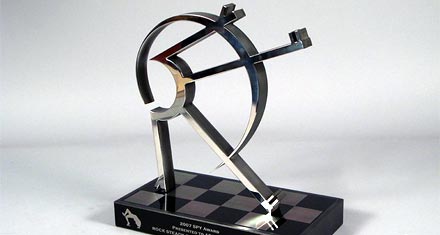 B-Boy TekNYC of Skill Methodz crew has been nominated by Crazy Legs of the Rock Steady Crew for a Spy Award along with Lady Jules of the Beat Freaks and Dyzee of Supernaturalz Crew.

TekNYC said on his Tumblr: “I’m overwhelmed by the honour. To my family, my crew and all that supported me, I thank you! Much blessings, power and respect to all, Peace!”

The Spy Award was named after B-Boy Spy from the Crazy Commanders Crew and is for b-boys and b-girls that Rock Steady Crew believe to represent the art of breaking to its highest degree of integrity to be awarded at the annual Rock Steady Crew anniversary.

The Rock Steady Crew say: “We hope that this honor will serve as a source of inspiration for the next generation of b-boys and b-girls to continue to preserve the essence of our art form while growing with the evolution of the dance as well.”

The dancers were nominated for a Spy Award under strict eligability guidelines: An arsenal of moves, be an innovator of moves, have an influential style and must mandatorily have complete understanding of foundation and rock to the beat.

The Spy Awards have been awarded to two breakers every year since 2005, with the exception of 2010.