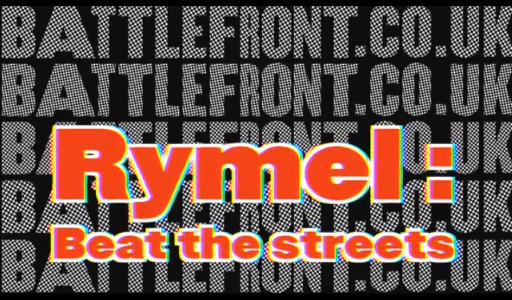 Wacky Rymel, a dancer from London, is campaigning with his series Beat The Streets for Channel 4 series Battlefront documenting the aspirations of young campaigners on a mission to change their world.

“My campaign is all about getting young kids off the streets and into dance,” said Rymel. “I feel that a lot of young people are turning to a life of crime, and now is a chance for us as a community to help each other and help get them doing better stuff with their lives through dance.”

With the help of experienced mentors and a dedicated Battlefront team, Battlefronters build fully-fledged campaigns, taking issues that matter to them and raising the profile of those causes to national and international attention via www.battlefront.co.uk this July.

Jo Twist, commissioning editor at Channel 4 Education, said: “The success of Battlefront is impressive proof that young people are not apathetic and self-centred, as some might believe, and that they have the power to change the world.”

She continued: “We want Battlefront 3 to be an even bigger platform, across every platform, to amplify the voices and drive of Britain’s young people across a variety of fresh causes. Through social media, real-time data, stunts, events, and mentor expertise, the Battlefront brand will enable even more young people to get their campaigns to a wider audience than ever before and make the world a better place. It will be the barometer of Britain’s youth.”

Battlefront is a Channel 4 Education commission produced by Raw Television.

The first season of Battlefront saw the launch of successful campaigns on a range of diverse subjects including gun and knife crime, and a mission to start the first National Youth Orchestra in Iraq.