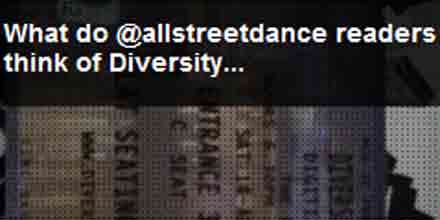 Diversity’s Digitized tour, the follow up to Diversitoys finished last week at the Liverpool Echo arena after taking place at 11 cities across the UK.

Below you can find what readers of All Street Dance tweeted about their experience which also include appearances from Boadicea, Theo Mini King of Pop, Chuck (all from previous appearances on Got to Dance), and saxophonist Julian Smith from Britain’s Got Talent.

Note: Tweets expressed below do not reflect the editorial stance of All Street Dance and may express bias. You will need Javascript enable for the embedded tweets to display correctly.

What do @allstreetdance readers think of Diversity #Digitized