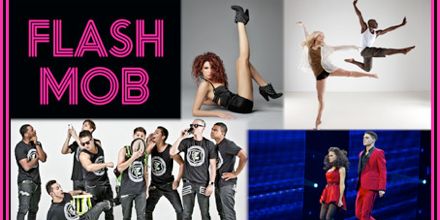 Flash Mob, a show starring dance acts from TV shows such as Got to Dance and So You Think You Can Dance, is to come to Peacock Theatre, London with Americas Best Dance Crew winners Elektrolytes.

The show is a dance variety performance that fuses different dance styles while pairing up the dance companies and also encourages audience participation.

Flash Mob is directed by Gary Lloyd, artistic director and choreographer for Thriller Live and artistic director for Hair The Musical and originally did a run at Edinburgh Fringe Festival at Assembly Hall throughout August starring Tommy Franzen, The A-Team, Alleviate, Brosena and Mike Viry and Yunaisy Farra.

The autumn run will have a few changes to its line up for its London showing: Elektrolytes, Americas Best Dance Crew 2012 winners will replace The A-Team as the main dance crew, while Charlie Bruce, So You Think You Can Dance UK winner will step in for Tommy Franzen who will be committed to ZooNation‘s Some Like It Hip Hop tour.

The new acts will join the original cast of the first run, Irish dance act Brosena and contemporary duet Alleviate from Got to Dance.

The Elektrolytes are an all-male dance crew formed by a group of local dancers from Gilbert, Arizona in 2006. They won the seventh season of America’s Best Dance Crew on MTV after winning the Hip Hop International USA 2011 Adult Division.

Video: Behind The Scenes with Elektrolytes at HHI 2011

Flash Mob will show at the Peacock Theatre from 16 October until 4 November 2012 with tickets available through SadlersWells.com. Under 16s get half price tickets – see booking website for full details.