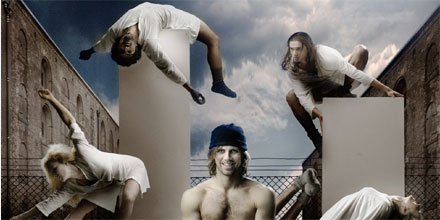 Nike D-Clash dancer Letitia Simpson has landed herself the role of Nurse Milfred Ratched in Bounce’s Insane in the Brain, an adaptation of One Flew Over the Cuckoo’s Nest.

Letitia Simpson, from south east London has trained in various styles ranging from ballet to breaking.

During her career she has won several awards and titles including the Nike Rockstar UK title and more recently the Best Female at the Dance Off Awards.

Simpson also belongs to the all female Nike Freestyle Dance Troupe D-Clash and is currently a member of Avant Garde and ZooNation.

She has toured internationally with Kelly Rowland as well as appearing on MTV, E4 and BBC’s When Will I Be Famous? with Graham Norton.