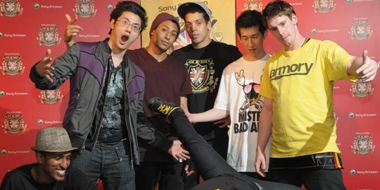 Soul Mavericks has qualified for the 2010 Sony Ericsson UK B-Boy Championships in October.

Jut Su and Polskee Hitman both qualified for popping, while B-Boy Spin won the solo battles.

It marks the third year that Soul Mavericks has qualified for the world finals. In past years the crew qualified in 2007 and 2009, but also appeared in 2008 as seeded qualifiers when China dropped out.

You can read the full event report on Regional Conflict at TooMuchFlavour.

Below are the detailed results. Breaking had five judges, while popping had three.
An X symbolises a drawn vote. Some battles went into several rematches.
Winners are highlighted in bold.