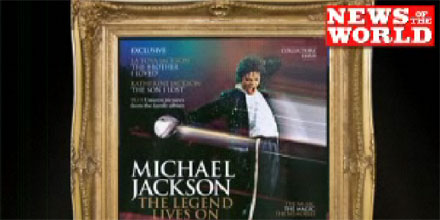 Readers of the News of the World newspaper will be encouraged to participate in a one minute moonwalk on 25 June to commemorate the passing of Michael Jackson.

A page for the minute’s moonwalk has been set up on Facebook, and at time of publishing has 8,300 fans.

It states: “We at the News of the World didn’t think a Minute’s Silence would be the right way to remember the King of Pop. So, at 21.30 GMT on June 25th, we’ll be doing a Minute’s Moonwalk. And we’d like as many people as possible to join us.”

It also promotes a 36 page special on the proclaimed King of Pop this Sunday.

The iconic Moonwalk, or to use its original term, the backslide, is one of Michael Jackson’s most imitated moves that made its début in England in front of an audience of millions by Jeffrey Daniels in 1982.

Jeffrey Daniels on Top of the Pops

It became iconic in 1983 when Michael Jackson performed the move during his performance of Billie Jean on American TV show Motown 25.

The News of the World’s mass moonwalk will take place at 9:30pm next Friday.