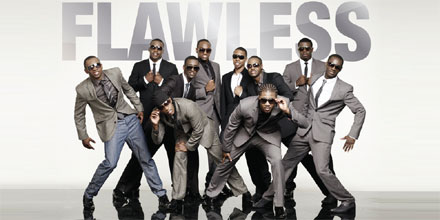 It has been confirmed that Flawless is to release a how to street dance DVD in November, distributed by Revolver Entertainment.

It adds to the list of spin off how-to DVDs due for release after it was announced Diversity are to release a fitness DVD.

As well as a selection of routines to learn, Flawless: Learn How to Street Dance will also come with special features.

“There’s a lot of special features in there: there’s some performances on there that people saw on television; the Olivier Awards; there’s so many different things,” said Marlon ‘Swoosh’ Wallen of Flawless at the Streetdance 3D DVD launch party.

Although the DVD was listed on Play.com over two weeks ago, with a release date set for 22 November, nothing had been confirmed until recently, and artwork has not been released. Unlike some other instructional DVDs, Flawless’ appears to have an age 12 classification.

Flawless are currently touring the UK with their show, Chase the Dream.