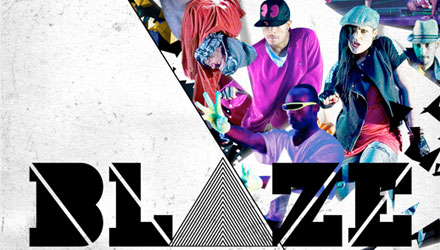 Blaze: The Street Dance Sensation is to make a comeback tour for September 2011 in Germany. Tickets are for sale online for shows at the Admiralspalast theatre in Berlin.

Auditions take place next week in Berlin for breakers, lockers, poppers, and tappers at the Flying Steps Studio. Details can be found at BlazeTheShow.com

Blaze: The Street Dance Sensation originally toured the UK and the Netherlands, premiering at the Peacock Theatre, but the spring 2011 UK tour was canceled for unspecified reasons and replaced by an extended run of Flawless’s Chase the Dream.

No announcements have been made regarding a return UK tour.