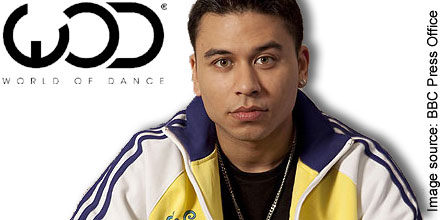 Ricky Norwood has had a relationship with street dance appearing in Eastenders spin off E20 which involved a street dance storyline and featured Avant Garde Dance and Flawless.

He has also hosted East London Dance‘s annual Collabo showcase at Stratford Circus for the past two years.

The World of Dance Tour is the largest international urban dance competition taking place in 14 major markets across the globe.

The start of the World of Dance UK tour will begin at Crystal Palace National Sports Centre in September before continuing to Cardiff, Manchester and Birmingham in 2012.

The top 5 crews, duos and solos in the senior division from each event to attend and compete in the National World of Dance Awards to be held in London in November 2012 where winners will be awarded the grand prize of an expenses paid trip to Los Angeles to take part in the World of Dance Global Awards in December 2012.