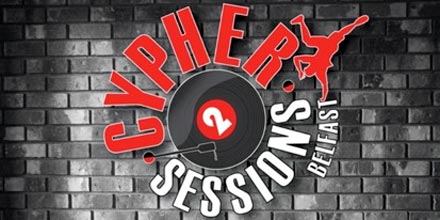 Cypher Sessions has partnered with the Notorious IBE to bring its second one-on-one b-boy Cypher Session to Belfast.

Cypher Sessions Part 2: All Ireland BBoy Battles will take place at Floor-B in Belfast on 30 July where the winner of the battles will win an all-expenses paid trip to Notorious IBE in Heerlen, Netherlands from 9-11 September.

The winner of Cypher Sessions Part 2: All Ireland BBoy Battles will be followed by the Floor-B film crew and photography team who will film their progress and journey to IBE in September.

Floor-B is a b-boy (breakdance) school situated in Belfast with classes tought by B-Girl Soul-Lo of the Belfast City Breakers.

Soul-Lo recently competed at the Red Bull BC One Ireland Cypher, making it to the quarter finals.