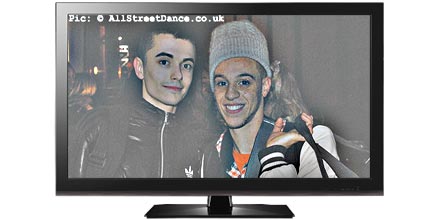 Chris and Wes, the winners of Got to Dance 2011, are to star in their own TV series Let’s Do This on Sky One, it was announced today.

According to Sky One’s website, each episode of Chris and Wes: Let’s Do This will be driven by a new milestone in their dance careers, from a looming professional performance or a significant personal achievement.

The show is also billed as “packed with mad-cap pranks, gripping actuality, and, of course, loads of dancing.”

Chris and Wes won Got to Dance 2011 in February. Chris and Wes: Let’s Do This will bolster Sky One’s output pledging a line up of UK produced television shows declared when Ashley Banjo’s Secret Street Crew was announced as part of its autumn season.

Got to Dance 2012 audience auditions are currently taking place around the UK.