Prototype win 3 Jump Off Street Dance Battles in a row 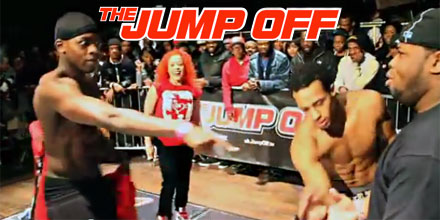 Prototype was one of the two dance crews that battled in the first Jump Off competition after the event returned for 2012 in January. They were victorious against Team Beast Mode and SDK at Jump Off 1 and 2 and defeated Abyss last night. Should they win another two battles they will win £1,000 and become retired until the grand finals.

15 battles will take place on a fortnightly basis every second and fourth Monday after starting in January and will continue through to August 2012 where a grand final will take place.