The list of Got to Dance 2012 finalists has been revealed after the last live semi final took place last weekend. The dancers will perform in front of 6,000 people at Kensington Olympia and on Sky One in HD and 3D for a prize of £250,000.

Six out of the 10 semi finalists that qualified for the Got to Dance 2012 finals on Sky One over the past five weeks are street dance acts, including Boadicea Crew, Antics, A-Team, Methods of Movement, Unity UK and Kazzum. 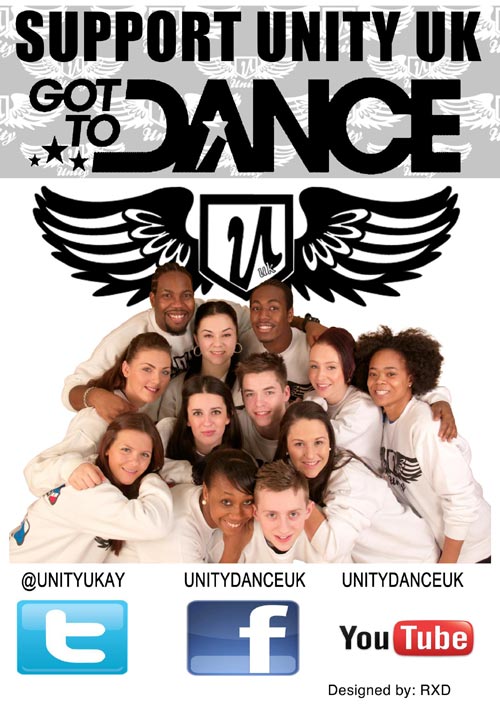 The Got to Dance 2012 final will take place in front of a live audience at the Kensington Olympia on Sunday 4 March and broadcast on Sky One and Sky One HD. Like last year, Sky will also broadcast the Got To Dance 2012 final in 3D for 3D compatible TV sets. 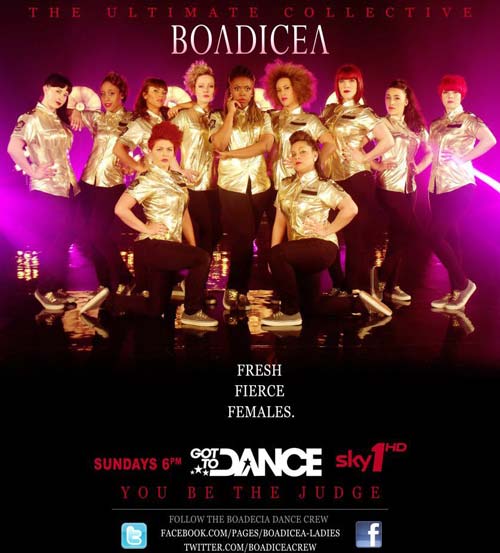 In a bid to get more people to vote for them, many of the acts have started their own advertising campaigns – see our Got to Dance 2012 poster gallery here – as well as filming video testimonies from celebrities and other dancers (below).

Got to Dance, now on series three, began on New Year’s Day on Sky 1 after a search for the UK’s best dancers taking place across summer 2011. Over 100 acts appeared on Got to Dance 2012 during eight audition shows aired weekly throughout January, plus Got to Dance Uncut showing the full auditions, with 30 acts making the Got to Dance shortlist.