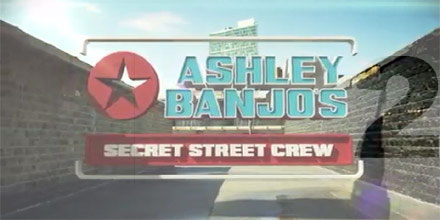 Ashley Banjo’s Secret Street Crew has been commissioned for a second series on Sky One, it was revealed earlier this week.

The announcement for series two of Ashley Banjo’s Secret Street Crew follows the Got to Dance 2012 final on Sunday and precedes the last episode of the first series next Sunday.

“The series was a smash hit for Sky 1 HD with Ashley proving he is not only a master of the dance floor but an incredible mentor and teacher,” said Sadia Butt, commissioning editor at Sky. “The gauntlet has been thrown down once again. I absolutely love this series and cannot wait to see more!”

Initially Ashley Banjo’s Secret Street Crew was commissioned by Sky, along with Chris and Wes: Let’s Do This and several other entertainment shows as part of its commitment to producing original entertainment TV. The show is produced by Princess Productions, the production company behind Got to Dance.

Kelly Webb-Lamb, the director of factual programs at Princess Productions, added: “It’s a simple but powerful formula that makes the audience laugh, cry and want to dance! Ashley is a brilliant new talent in the factual entertainment genre, and I am looking forward to working with him to turn yet another set of Britain’s most unlikely dancers into fantastic and proud street crews.”

Ashley Banjo’s Secret Street Crew is planned for 2013 and applications are available through Sky.com/dance

Series one of Ashley Banjo’s Secret Street Crew was commissioned for six episodes, beginning in January. Throughout the series, Ashley Banjo, lead choreographer of Diversity, was challenged to meet a different group of everyday people and non-dancers with the challenge of teaching them to dance in secret then perform in front of friends and family. The show also featured appearances from Abyss and Trinity Warriors as guests to mentor each of the secret street crews.