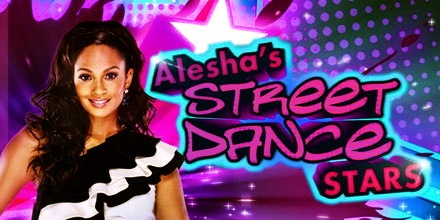 Suzette Brissett will be the replacement judge for Kenrick Sandy on the new series of Alesha’s Street Dance Stars on the CBBC channel.

She will take the place of Kenrick Sandy who has been working on choreographing the 2012 Olympics opening ceremony in London.

In her career as a dancer and choreographer Suzette Brissett has danced in the hip hop theatre shows Pied Piper with Boy Blue Entertainment and ZooNation‘s Into The Hoods and starred in Thriller Live, choreographed for MIA, X-Factor contestants Belle Amie and Misha B, and danced in music videos for Rihanna, JLS and Jessie J.

Lizzie Gough and Turbo are the other two judges on the panel returning for the second series of Alesha’s Street Dance Stars, currently in production, which is expected to air around August.

Running over ten episodes, the first series of Alesha’s Street Dance Stars included contributions from Jordan Banjo and Perri Luc Kiely from Diversity as mentors for the groups that made the later stages of the competition.

Since the initial series Alesha Dixon went on to become a judge on Britain’s Got Talent on ITV,  although she will be returning to the BBC for the new series of her self-titled street dance show.