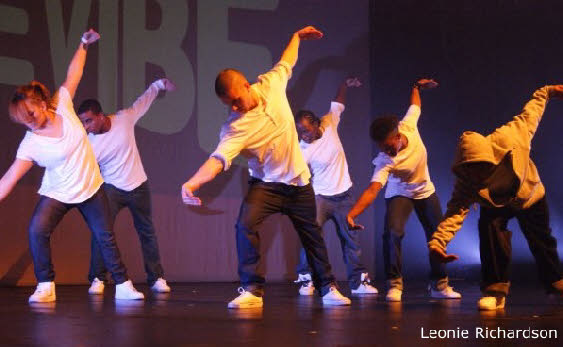 Following sell out success from its inception in March 2009, Live Vibe will move from the Lilian Baylis studio to the Peacock Theatre for an evening of dance with an emphasis on the hip hop genre, tied together with the theme of ‘Elements.’

At previous Live Vibe shows, four community groups performed alongside professional dance companies at the Lilian Baylis studio to impress the judges with their routines, using the elements of Earth, Wind, Fire and Water as inspiration.

The finalists so far include Re-Creation UK (Earth), D-Youngaz (Wind), Avant Garde Youth (Fire), with the finalist for Water to be announced on 12 June.

Tickets can be bought online from Sadler’s Wells.

Live Vibe Elements guest line-up:
Nobulus from Austria who are known for “Out of the Shadows” which premiered at Breakin’ Convention 2007.
Waacktitioners, UK London based crew specialising in the Waacking technique.
Zooyouth, Youth company of the award winning Zoonation (Into the Hoods) performing their Live Vibe “Heads or Tails” Challenge.
Fully Functioning Individuals, Impact Dance’s flagship performance company fresh from their 50 minute show at Brighton Festival 2010.