Step Up 3D reviews – what the critics thought 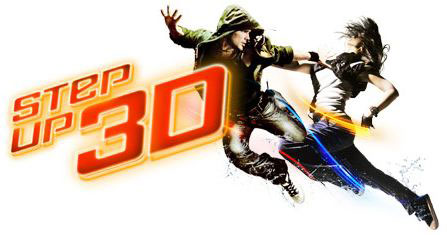 Step Up 3D is the third chapter in the popular Step Up series and the sequel to Step Up 2 The Streets directed by John M Chu.

Step Up 3D is released today in cinemas with a 12A certificate.

Below is a selection of reviews from the national newspapers, arts websites and bloggers.

TooMuchFlavour
Is it better than Streetdance 3D? I think so, and the additional few months in production in comparison to Streetdance‘s race to the box office have paid off in making Step Up 3D a more rounded movie. That and an older audience won’t have to worry about watching a film that cashes in on young, impressionable teenagers.
Read review

Empire 2/5
While the 3D dance scenes pop off the screen, the lines – and clichéd plot – are delivered with a resounding clunk.
Read review

TotalFilm 2/5
There are moments of energetic charm here, but the script is so painfully poor, and the plot’s creaky turns so unintentionally comedic, that they’re all but lost in the noise.
Read review

Sky Movies
Director Jon Chu makes the most of the 3D in a succession of in-yer-face sequences, including one on a flooded dance floor and the dazzling, ten-minute climax performed in neon-lit outfits.
Read review

The Guardian 2/5
Character and plausibility is never going to be this film’s strong point; it’s all about the moves. And in that at least, it’s no let-down.
Read review

The Independent 1/5
I enjoyed the robotic jive in which the participants make choppy movements in the style of automatons – it looks as though they’ve been wound up and set in motion. Unfortunately, their acting looks like that, too.
Read review

Daily Mail 2/5
It wouldn’t have done any harm if the filmmakers had gone for a story that was less stale and not obviously engineered for audiences 12 years old and younger.
Read review

The Telegraph 3/5
It’s all about the moves, and I count the film’s moronic perkiness as a plus: it could be the dumbest thing all year that I have to admit enjoying.
Read review

Digital Spy 2/5
With its continuous half-minute sequences of movement devoid of any heft, emotion, style, class or dignity, Step Up 3Dactually takes it to the next step – cinema reborn as an endless, brain-squelching collision of idents.
Read review