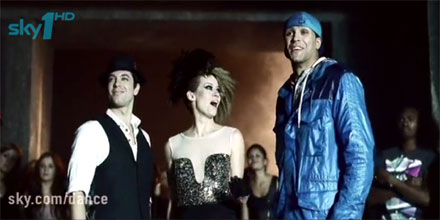 Sky One has launched its Got to Dance series 2 ahead of the season preview on December on 19 December.

Series 2 of Got to Dance returns to Sky One on 2 January 2011 hosted by Davina McCall in front of a judging panel including Diversity choreographer Ashley Banjo, former Pussycat Doll Kimberly Wyatt and Tap Dogs star Adam Garcia as announced in November.

The advert features a troupe of Davina Divas battling against the Got to Dance judges.

The advert airs today (12 December) on television. Got to Dance series two starts on 2 January 2011

Press adverts will also carry a quick read (QR) code that can be read with a smartphone to link readers to access a preview of the new series on their mobile phone.