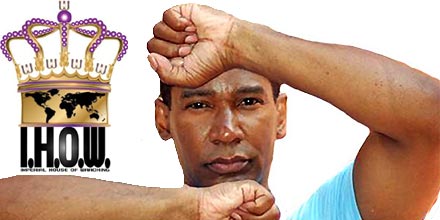 The UK division of the Imperial House of Waacking (IHOW UK) is preparing for its official reveal at WAAVO this weekend at Studio 68.

The reveal will take place in the presence of Tyrone Proctor, overall father of the Imperial House of Waacking.

Tyrone ‘The Bone’ Proctor is a pioneer of the waacking dance style which emerged on dance floors in the early 1970s, and is credited with coining the term ‘waacking’ (from the thrusting movement of the arms) and bringing the dance back to people’s attention since the foundation of the Imperial House of Waacking (worldwide) in 2008.

Among other worldwide ‘houses’ or chapters, a UK division of the IHOW has been in preparation since the style was reintroduced during a worldwide tour of new generation waack dancers including Kumari Suraj, Blak Kat and Aus Ninja.

As well as the official reveal of the Imperial House Of Waacking UK, a waacking battle will take place, plus performances from Waacktitioners, The Outrageous Czeck Waackers, and Karou n Dee Waackataz.

Prior to the event classes for a limited amount of people will take place with Tyrone. To book a place enquiries should be sent to vicki@uchennadance.com