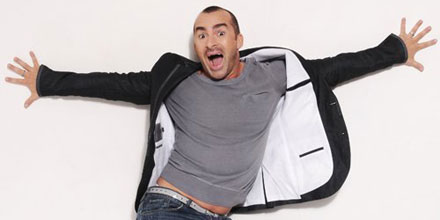 Louie Spence from Sky One’s Pineapple Dance Studios has been asked to be a judge on the Australian version of Got to Dance, according to an interview in the Daily Star newspaper.

The interview also reveals that Pineapple Dance Studios and Louie Spence’s Showbusiness will not be returning for another series.

Since Got to Dance began on Sky One in 2010 the series has had two winning acts, Akai Osei, then ten years old, and duo Chris and Wes.

Rights to the show format were sold to American broadcasters CBS as Live to Dance and featured Paula Abdul as the main judge.

Moving into the Australian television market would appear to be the next move for the dance competition franchise which is produced by Shine Group/Princess Productions.

Louie Spence recently hosted a dance off for Dance Central at Covent Garden, London, with Got to Dance auditionee Happiness, and Britain’s Got Talent reject Kevin Cruise.

The Daily Star interview with Louie Spence can be seen here.