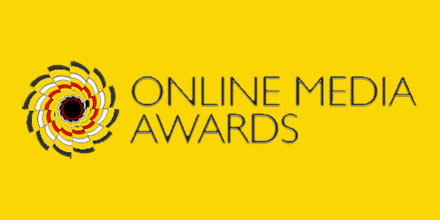 An online dance news service set up by a former dancer and training journalist has been shortlisted alongside some of the world’s biggest news websites for the prestigious Online Media Awards 2011 sponsored by the Press Association at the Marriott Kensington.

AllStreetDance has been nominated in the Best Specialist Site For Journalism category next to the world’s most popular websites including Fox Sports, ESPN, Forbes and Mashable.

Founder and editor Dave Barros said: “It is a great honour to be nominated with such highly regarded media outlets considering the website is still growing.”

AllStreetDance was founded to bolster the output of its parent website, TooMuchFlavour, to build a bridge between B2B and mainstream news surrounding hip hop dance, or street dance as it is known in the wider domain.

It covers the news aspect of dancing as opposed to reviews and features.

The website is recognised by leaders in the urban dance scene for its fast response to breaking news in dance updated on a daily basis.

“AllStreetDance was set up as an experiment after a stint working at Brand Republic to test the water for trade news in street dance using our existing contacts from the dance world. Funnily enough we’re in the same category as one of our biggest influences, Mashable!”

He continued: “We’re up against some tough competition, but the fact a small independent website will be showcased alongside the web’s biggest media outlets shows that our perseverance has paid off. We have a long way to go to achieve what want to yet, but being shortlisted shows we’re heading in the right direction. ”

AllStreetDance’s winning formula is thanks to its team breaking news within hours of a major dance event taking place. From sleepless nights watching live streams of international events to catching flights, AllStreetDance aims to be the best.

The Online Media Awards takes place at the Marriot Kensington on Thursday 23 June.