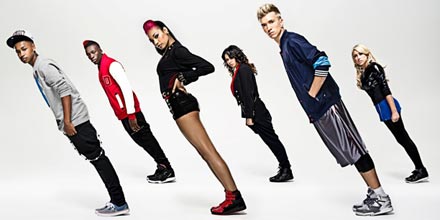 Street dance pop group Six-D is to feature in the TalkTalk ident adverts between X Factor 2011 shows on ITV1.

The group is managed by Laurieann Gibson, acclaimed for winning an MTV VMA award for Lady Gaga’s Poker Face video.

Six-D is signed to Jive Records and have toured as supporting with JLS and The Saturdays.