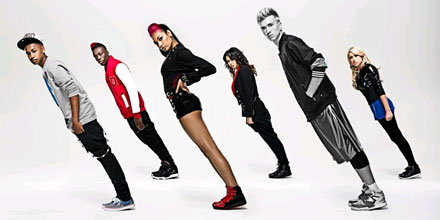 Kieran Edmonds, one sixth of street dance pop group Six-D, has left the group to pursue a different direction competing in martial arts, film making and acting, and to work with young people, it emerged on Friday.

On Saturday Kieran posted a video to his fans on YouTube explaining his reasons for leaving, which included personal reflection after an ankle injury and the closing down of Jive Records, a subdivision of their distributors, Sony.

“It [the ankle injury] had a huge impact on me and gave me a lot of time to reflect on my life and really realise what direction I was going in, what made me happy and how I wanted to continue living my life,” he said on his YouTube video message, above. “About a month after there was a change in directors with Sony […] We got called into a meeting and told that basically Jive has shut down. This came as a huge shock to us because none of us we expecting it, we put 110 per cent into Six-D.”

Guys, you may already be aware that Kieran has decided to leave Six D. Although this is sad news and he will be missed we are pulling ranks tight and marching forward and up. Your continued love and support have left no room for doubt that we will continue as Six D 🙂

At present it is unclear whether Six-D will audition for a replacement member.

Six-D is is made up of members Levon de Silva, Chantelle Bernard, Cassie MacMillan, Pierre Angus, Kimmy Campbell and formerly Kieran Edmonds. Their debut single, Best Damn Night achieved a position in the iTunes charts and UK top 40 and the group also feature in the X-Factor idents on ITV.

The group is managed by Laurieann Gibson, the choreographer acclaimed for winning an MTV VMA award for Lady Gaga’s Poker Face video.