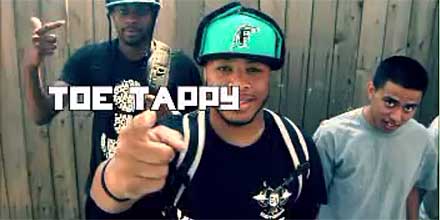 The winner of the Coke Zero Zero Dance contest was announced earlier this week as Joel “Knucklehead” Turman of the United States and member of LA krump group Street Kingdom.

In August, Coke Zero launched the international Zero Dance competition with Step Up and The LXD (The Legion of Extraordinary Dancers) director Jon M Chu to discover a fun and infectious dance and the creator behind that move.

“We were blown away by the creativity that dancers at every level brought to us,” said Jon M Chu. “We saw so many amazing moves and enjoyed crowd-sourcing the dance so much that we’re raising the stakes to see how people will put their unique spin on the ‘Toe Tappy’ to take it to the next level. It’s such a cool opportunity for someone to score their big break, while being part of a collaborative experience.”

After the announcement of the Zero Dance winner, ‘Toe Tappy’ later trended on Twitter as the second most popular trend worldwide.

Coke Zero will now be holding an open audition for performers to submit their own interpretation of the dance Toe Tappy dance for a chance to appear in an international marketing campaign.

“We recognise that some of the best performances can come from the most unexpected places, which is why we’re taking our casting call outside of traditional venues and allowing anyone with a gift and ambition to share their vision with us,” said Jonathan Mildenhall, vice president, global content excellence, at The Coca-Cola Company. “We were so inspired by Knucklehead’s story – how he turned to dance as a means to overcome personal tragedy and find joy and purpose in his life – and we can’t wait to find an artist who will embody Knucklehead’s journey in their performance so we can share it with a global audience.”

He continued “We are surrounded by tales of possibility every day, and, as a brand, we feel fortunate that we can harness the brilliance that comes from our consumers to highlight the great potential that exists in the world.”

An instructional video of the Toe Tappy, accompanying music and upload instructions can be found at CokeZero.com/MakeItPossible.

Auditions will be accepted online through October, and the star of the campaign will be named in early November.