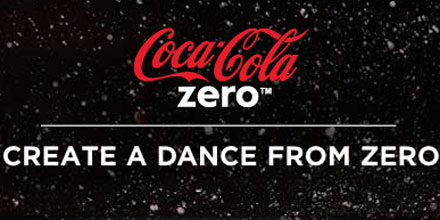 Step Up and LXD director Jon M Chu has partnered with Coke Zero to create the Coke Zero Make It Happen online dance competition to find the next dance craze.

“We want to create the ultimate dance that everybody wants to do, that everybody does at weddings, at bar mitzvahs, at parties, and we want you guys at home to create it,” said Jon M Chu on the Coke Zero Make It Happen competition.

Dancers can download music, record and submit a video in any style online at CokeZero.com/makeitpossible

Chu was the director of  Step Up 3D (which grossed £2.2 million in UK box office takings), Step Up 2 the Streets, and most recently directing the 3D documentary Justin Bieber: Never Say Never.

Presently Chu is set to work as executive director on the sequel to Step Up 3D, Step Up 4 Ever with Wade Robson as lead choreographer, due for release in 2012, and is working on The LXD Series 3: Rise of the Drifts.

#Coke Zero #Jon M Chu #Legion of Extraordinary Dancers #Make It Possible #Step up #Step Up 2 The Streets #Step Up 3D movie #Step Up 4: Miami Heat #Step Up 4Ever #Step Up: Revolution #The LXD
Previous Post
Diversity and John Graham appear at Morrisons Born to Shine Roadshow Milton Keynes for Save the Children charity
Next Post
One Man Walking on Channel 4 brings krumping to Street Season