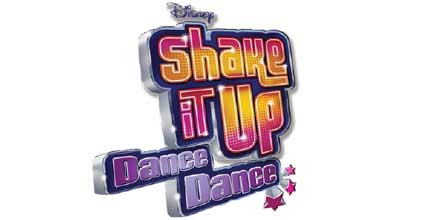 Disney Channel UK has announced that Chantel Brown from North Lanarkshire, Scotland has been voted the winner of Shake It Up: Dance, Dance online video competition, launched by Akai Osei in July.

Her dance will air during Shake It Up: Dance, Dance Weekend, a special programming event dedicated to the series on 12 and 13 November on Disney Channel UK ahead of the launch of the second series of Shake It Up on Monday 14th November at 4.35pm. As part of the prize, Chantel will also receive a dance master class with Akai and a family holiday to LA.

Earlier this year, the Disney channel partnered with Akai Osei to launch the Shake It Up: Dance, Dance competition. The initiative invited fans of Shake It Up who were aged 6 to 16 to upload a video clip of themselves recreating some of the signature dance moves from the show.

Shake It Up: Dance, Dance ambassador, Akai Osei added: “I think Chantel’s entry is fantastic. Her performance shows a real passion for dance and is clearly having a lot of fun, which is what Shake It Up is all about and something close to my heart.”

The initiative has become Disney Channel’s most popular video contest ever.