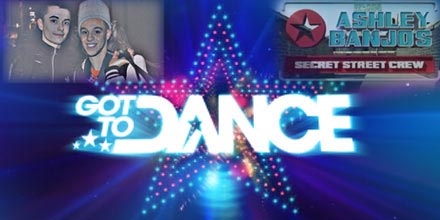 Sky has revealed more details about its forthcoming season of dance shows including Got to Dance 2012, Ashley Banjo’s Secret Street Crew, and Chris and Wes: Let’s Do This.

The season will air from December 2011 through to February 2012 on Sky One and Sky One HD with vague broadcast dates announced.

Chris and Wes: Let’s Do This

Chris and Wes: Let’s Do This will broadcast in early December, leading into Got To Dance 2012 in the New Year with Ashley Banjo, Adam Garcia and Kimberly Wyatt to return as judges.

Got to Dance 2011 winners Chris and Wes will be followed by cameras for their TV show throughout ten episodes.

According to Sky One’s website, each episode of Chris and Wes: Let’s Do This will be driven by a new milestone in their dance careers, from a looming professional performance or a significant personal achievement.

Eight Got To Dance auditions shows are being filmed in Dublin, Glasgow and London, which will be followed by five live semi final shows. Eight finalists will then compete for the £250,000 prize in the finals at the Kensington Olympia.

The programme will follow Ashley Banjo, leader of Diversity, as he goes around the UK recruiting members of the public for a new dance crew and to “get the nation moving.”

Although episode details have yet to be announced, the stings used for the episodes of Ashley Banjo’s Secret Street Crew have become available online.