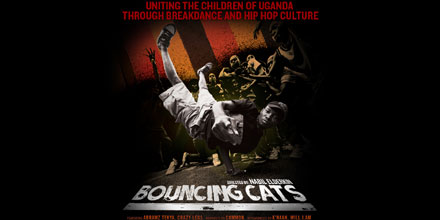 Bouncing Cats, the b-boy documentary based on Breakdance Project Uganda, will feature in the latest issue of Red Bulletin Magazine.

B-Boy Boot Camp features on pages 72 – 81 and covers the acclaimed documentary and the story of project founder Abramz and a Q and A with director Nabil Elderkin.

Breakdance Project Uganda (BPU) was founded by Abramz Tekya in 2006 founded on the belief that hip hop can be used as a tool to engage and empower disadvantaged youth in Kampala and other areas of Uganda.

Bouncing Cats is the story of his attempt to create a better life for the children of Uganda using the unlikely tool of hip-hop with a focus on b-boy culture and breakdance and features Crazy Legs and B-Boy Ynot of the Rock Steady Crew as they travel to Uganda.

From the initial three students who turned up to the first session, the project has expanded into a national network of more than 1,000 members espousing an “each one, teach one” mantra at workshops across the country.

Bouncing Cats follows Abramz, Crazy Legs, and Breakdance Project Uganda on a journey to use hip-hop culture for positive social change. The film features narration by Common and interviews with Mos Def, Will.I.Am, and K’Naan. 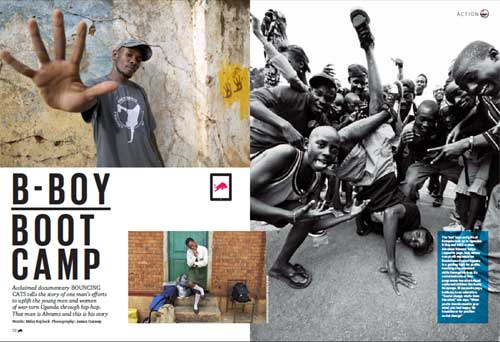 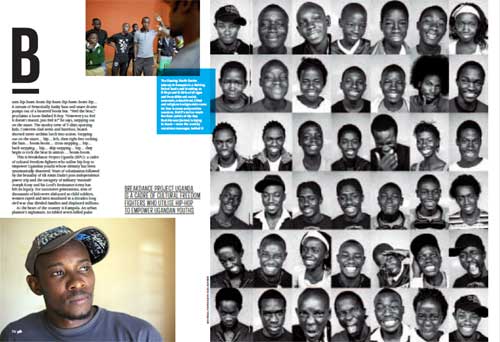 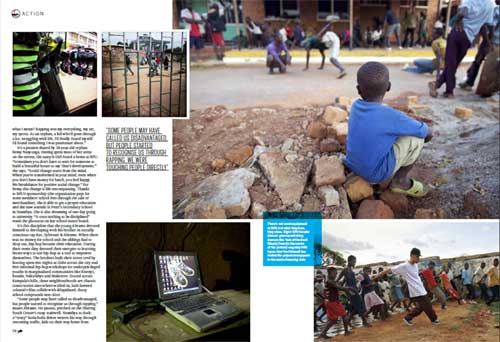 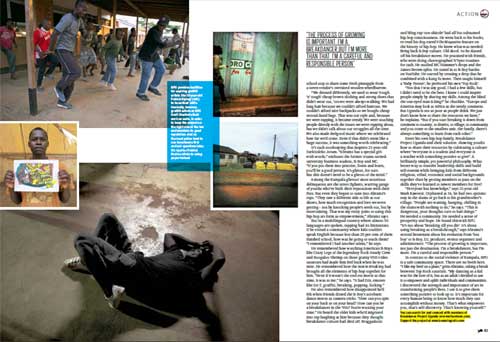 Bouncing Cats was produced by Red Bull Media House and is directed by Nabil Elderkin. Red Bulletin can be viewed or downloaded at www.redbulletin.com

Past Red Bulletin features based on street dance have included Chicago footworking and promotions for the Red Bull BC One documentary, Turn It Loose: The Real Street Dance.