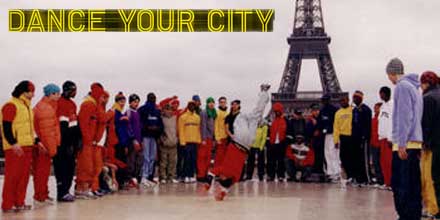 The Southbank Centre has announced the shortlist of dancers for its digital dance competition in partnership with acclaimed dance artist Blanca Li ahead of the dance theatre production Elektro Kif coming to London.

The shortlisted groups will perform as the opening act for acclaimed Spanish dancer, choreographer and filmmaker Blanca Li, who has choreographed videos for artists including Kanye West, Daft Punk and Blur and brings her street dance show Elektro Kif to Southbank Centre on Friday 2 and Saturday 3 March 2012.

Blanca Li’s cult feature film Dance Challenge (2002) opens with an extraordinary head spin in front of France’s iconic Eiffel Tower. Extending this theme, Southbank Centre challenged solo dancers and dance groups to create a one minute dance video in front of an iconic landmark in their city, film it, upload it to the Dance Your City Facebook page and compete for the chance to perform in an iconic London venue.

The first stage of the Dance Your City competition was a public online vote via Facebook to select the top six entries; these dancers will then perform in the live final at Southbank Centre on Friday 2 March 2012 in front of a public audience and a panel of judges including Blanca Li, Kenrick Sandy from hip-hop dance group Boy Blue Entertainment, Southbank Centre’s head of dance and performance Wendy Martin, Kate Prince from ZooNation and Peter Maniam from Breakin’ Convention.

The ultimate winner of Dance You City will then go on to perform a three minute piece on stage in Queen Elizabeth Hall at Southbank Centre as an opener for Blanca Li’s Elektro Kif show on Saturday 3 March. The winning dancer or group will also receive 20 hours of rehearsal time in the dance studio at Southbank Centre or at one of the tour venues across the UK.