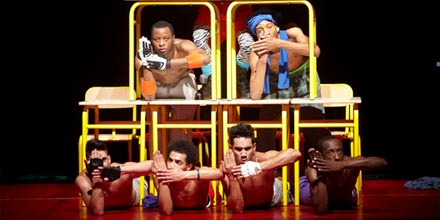 The 12 date Elektro Kif  UK tour starts at the Lyceum Theatre, Sheffield on 10 February 2012 and continues on a national tour ending at Hall for Cornall, Truro.

Update: The Southbank Centre has announces a nationwide Dance Your City competition

Electro dance emerged from the suburbs of Paris and is described as a fusion of breaking, disco, vogue, popping and locking to fast paced electro house music. ‘Tecktonik,’ another term for the dance style, is a registered trademark, and so shows and events showcasing the style do so under the name ‘electro dance.’ 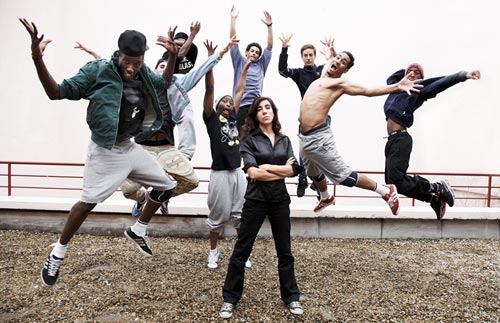 Elektro Kif premiered at the hip hop festival Karavel Festival of Bron, France, in 2010 and has toured Europe since December 2010 including the Suresnes Cités Dance festival, France.

Blanca Li is a choreographer, a dancer and an actress, a filmmaker and director of multimedia exhibitions.

Born in Granada in 1964, Blanca Li started her career at an early age, competing with the Spanish national team for rhythmic gymnastics at the age of 12. Aged 17, she traveled to USA to study in New York with Martha Graham for five years. During this time she also studied extensively with Paul Sanasardo and Alvin Ailey. Back in Madrid, she set up her first company of dance in 1992 with a commission for the world exhibition in Seville.

In 1993, Blanca Li moved to France, where she created her own company. Since 1998 the company has run its own studio space, Studios Calentito in Paris to create its work and to provide an open rehearsal space to theatre and dancers praticitioners working in the City.

Most famously Li choreographed the Daft Punk video Around the World.