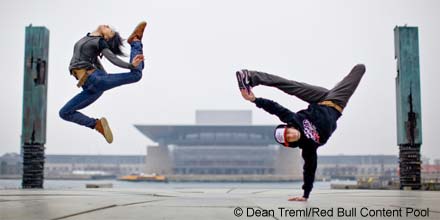 Red Bull Flying Bach, a music concert fusing the work of the classical composer Bach and German breakdancing (b-boy) crew Flying Steps is to embark on a worldwide tour starting in May 2012.

“In past attempts to join classical music and breakdancing, the b-boys just supported the music,” said Vartan Bassil, founder of Flying Steps. “For Red Bull Flying Bach we are not only dancing, we are visualising and reviving Bach’s Well-Tempered Clavier.”

Vartan continued: “For us, the Red Bull Flying Bach World Tour is a dream come true. We absolutely want to fascinate each crowd, each country with our art.”

Opera director Christoph Hagel added: “The moves of a breakdancing crew are as cool as a fugue by Bach. From Croatia to Japan, everyone can relate to it.”