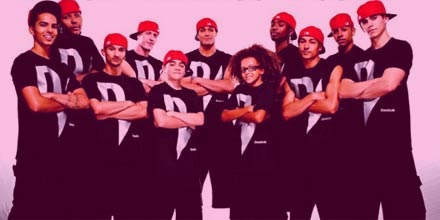 Diversity is to add its first female member to their dance troupe, an unconfirmed rumour revealed today.

The addition of a twelfth dancer will bring the troupe of 11 dancers to 12 and will be unveiled during a future Diversity Digitized show. Today, 1 April is the date that the unverified rumour came to light.

“Since Diversity’s early days as Swift Moves the group has seen members come and go, but we’ve never had an established female member in the ine up,” said April Furst, publicist for the dance group. “The addition of a twelfth member to Diversity reinforces the core value of Diversity – to be diverse, and having a girl member is just that.”

Diversity already has an all-female dance group, Out of the Shadows, although according to our source the group has decided use a new face instead of a dancer from its existing group.

April added: “Hopefully this will also will also stop people pointing out the obvious fact that we still don’t have a female member: We’re hoping to impress everyone with what we’re calling ‘The Diversity Dozen!'”

Diversity won Britain’s Got Talent in 2009 beating Susan Boyle to first place. Diversity has embarked on its Diversity Digitized tour which is currently travelling across the UK and Ireland. Recently lead choreographer Ashley Banjo is a judge on Got to Dance on Sky 1.