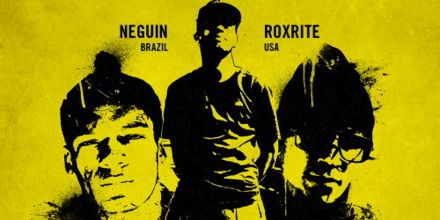 Break’n Reality is a six part TV series that follows B-Boy Roxrite, B-Boy Neguin and B-Boy Lilou in their professional and personal lives, set for release on 10 August 2012, although no annoucement where they might be broadcast has been made by Red Bull. Each episode will be 26 minutes long.

Born out of poverty and hardship on the back streets of the Bronx, today breakdancing is an internationally acclaimed art form. Break’n Reality is a 6x26min TV series that features three of the world’s best and most respected b-boys:

Roxrite, the legacy-seeker, starts out thinking less about competing and more about his legacy and the future generation of b-boying. But at one event, something changes for RoxRite, and he realises his time in the spotlight may not be over yet.

Lilou, the two-time world champion from Lyon, France, wonders if he might be done with the breakdancing world entirely. But on a trip to his native Algeria, he realises what his success as a b-boy means – not just to him, but to his country. He decides he can’t quit until he gets that third world championship.

Neguin, the defending world champion from Brazil, has tragedy in his past. Last year his older brother was killed in a knife fight. Before Neguin can go to Moscow to defend his title, he must journey back to his native Brazil to try to heal the wounds of his past.

Break’n Reality gives a rare look into the private and personal worlds of these extraordinary and diverse athletes, a side that isn’t normally seen in competitions. And as the series culminates at the World Championships in Moscow, we have reasons to root for all three of them – but only one can walk away the champion. 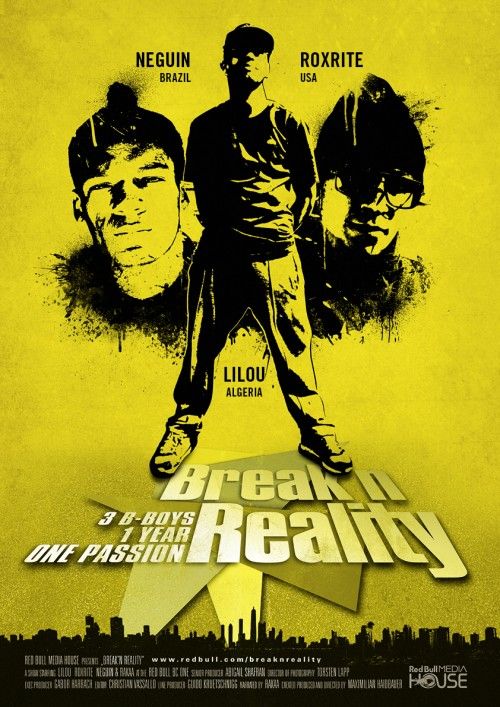