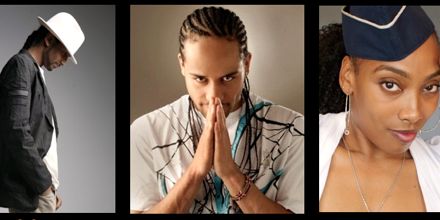 Serious About Street Dance Championships, a tie in to the annual dance event of the same name from Kymberlee Jay’s Superbad Events has been announced for September 2012.

The deadline for crews to enter is Sunday 22nd July 2012, accepting both solo and crew competitions, divided into youth and adult divisions.
Enter the Serious About Street Dance Championships online here.

Judge Mukhtar Omar Sharif Mukhtar said: “I am judging this competition because I believe in its intentions to push hip hop forward in the UK. There have been massive developments from dancers in the UK and I am looking forward to seeing how dancers have evolved during my seven year absence in the United States.”

Crews will be required to comprise of between 5 and 25 dancers and have three minutes to impress the judges and score highly in categories including skill, originality and showmanship.

Winners will be offered the opportunity to perform at the annual Serious About Street Dance showcase in March 2013, as well as winning trophies and cash prizes.

The annual Serious About Street Dance event is an event celebrating street dance in the UK organised by Kymberlee Jay with her company, SuperBad Events which produces regional and national street dance battles, workshops, showcases, events and tours. In April 2012 Kymberlee Jay later announced the launch of SuperBad Talent agency as an additional strand to her company to provide street dancers for corporate events.