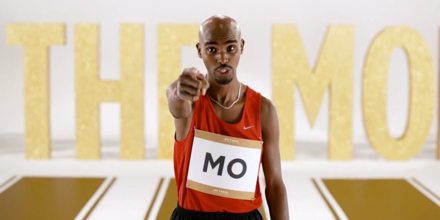 Double Olympian gold medalist Mo Farah is aiming to raise £100,000 for the Mo Farah Foundation in partnership with Virgin Media by getting people to upload videos of themselves doing The Mobot.

To take part participants should watch the short video guide narrated by Tim Westwood to each of the moves inspired by Mo Farah’s long distance running: The Stretch, The Start, The Look Back and The Lunge.

The Mo Farah Foundation aims to raise £100,000 which will go towards building the Mo Farah Orphanage and Sports Academy in Hargeysa, Somalia in 2013.

Virgin Media, supporting the charitable initiative, has pledged £2 for every Do The Mobot video uploaded, representing Mo’s two gold medals.

Those uploading a video will also be entered with a chance to feature in the official Do The Mobot music video track which will be relased on iTunes in December.

Already over 40 videos have been uploaded to the channel, including support from other Olympic athletes and celebrities.

Video: Tom Daley does The Mobot

About The Mo Farah Foundation

The Mo Farah Foundation was set up by Mo and his wife Tania to provide aid to children affected by drought in the Horn of Africa.

Do The Mobot aims to raise awareness for the Mo Farah Foundation, which aids children in Somalia with food, water, medical care and shelter. We aim to raise 100,000 pounds towards the Mo Farah Orphanage and Sports Academy, which will offer refuge from one of the worst droughts to hit the horn of Africa in 60 years.

Those taking part are encouraged to tweet to @FarahFoundation and use the hastag #dothemobot to show their support for the cause.