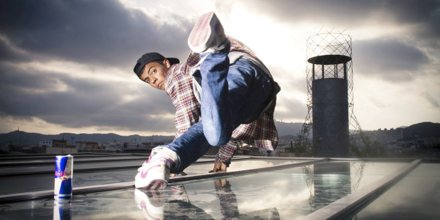 A Red Bull BC One UK qualifier cypher will take place this weekend in at the Canal Mills in Leeds for bboys to compete for a place in the European qualifiers.

The winner at the UK cypher on Saturday 25 May will qualify for a place in the European qualifer in Naples, Italy, where they will compete for a spot in the world finals in Seoul, South Korea in November.

The judges will be: B-Boy Mouse, DJ Hooch and B-Boy Marcio.

The cypher at the Canal Mills (Brandon Street, Armley Road, Leeds, LS12 2ED) is free entry on first come, first serve basis.
Open qualifiers will run from 2pm – 3.30pm before the finals at 4pm, with the BC One UK Cypher champion being crowned at 6pm.

Though billed as the “first” BC one qualifier in the UK, first Red Bull BC One UK qualifier took place in Belfast, Northern Ireland in 2011.

The Red Bull BC One 2012 champion was Mounir of Vagabond Crew, France.