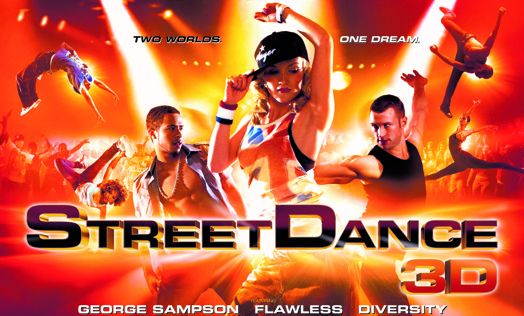 The censorship committee for films in Kuwait has banned Streetdance 3D in from showing in cinemas.

The Ministry of Information’s Censor Board Committee, the Kuwaiti equivalent of the British Board of Film Classification (BBFC) decided on the ban under rulings of inappropriate clothing (ballet dancer’s uniform) being the main issue. The ban certificate with the actual reasons for the ban is due to be issued next week.

A spokesperson for the Kuwait National Cinema Company commented: “We continue to suffer great losses due to censorship issues, where excessive editing on titles is done on almost all the films in the region, where our customers suffer from annoying sudden cutting of films which really affect the movie-going experience.”

They continued: “We have appealed the ban and hope for a reconsideration of their decision as four months of marketing for this film will go to waste and most importantly, the trust of our movie-goers and our image as the first cinema company in Kuwait and the Middle East.”

Streetdance 3D was the world’s first dance movie to be shot entirely in 3D drawing in £1.8m over its opening weekend at the box office.