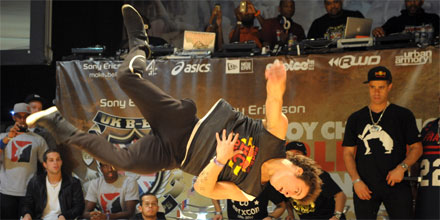 B-Boy Cico has broken the record of six consective aerial power moves at the UK B-Boy Championships 2010 on Sunday.

An aerial is one and a half air flares, landing on your back and pushing back into an air flare. 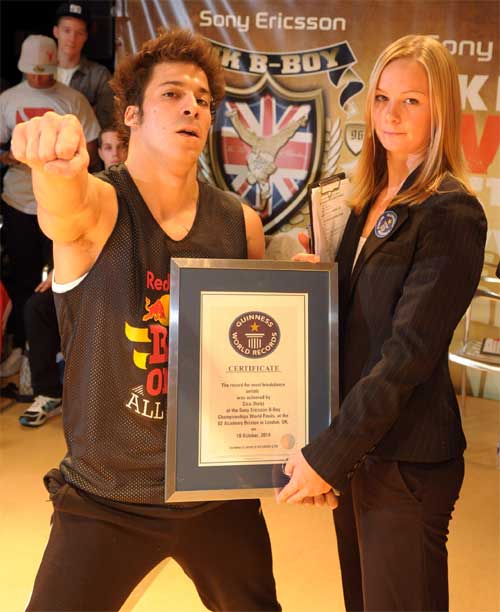 The record attempt took place at the Brixton Academy and was verified and awarded by a Guinness World Record official.

Cico (real name Mauro Peruzzi) also attempted to break the record for the most 90s rotations, managing a maximum of 14 after three attempts.

B-Boy Junior also broke his record for the most virgin flares (double leg circles), managing 39, breaking his original record of 32.