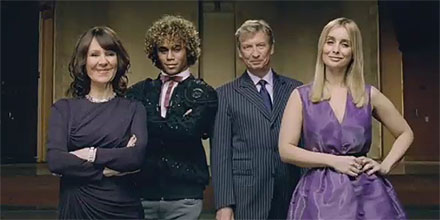 The start date for BBC So You Think You Can Dance 2011 has been confirmed by Arlene Phillips via Twitter.

Series 2 will start on 26 March at 7.10pm on BBC1, although the full schedule and dancer line up has yet to be announced.

So far only TV trailers on the BBC have been trailing the new series, revealing Arlene, Nigel Lythgoe, Louise Redknapp and Sisco Gomez are to return as judges.

Video: So You Think You Can Dance 2011 advert

Also to be revealed is this year’s choreographers. The first season had hip hop choreography from Simeon Qysea, Kate Prince and Kenrick Sandy, with Raphael Bonacella for contemporary, Stephen Mears amongst other West End choreographers.

Arlene is also involved in Red Nose Day, auctioning off a Twitter super follow, similar to an auction for a dance class with Ashley Banjo, as revealed yesterday.