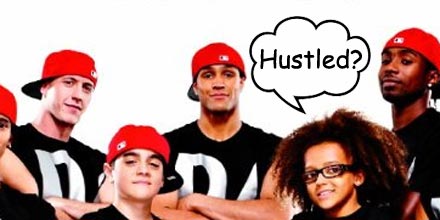 A private street dance lesson with Ashley Banjo from Diversity is being auctioned on eBay for Red Nose Day 2011.

Since the auction went live bids for the class has reached over £6,000, putting it second behind an auction to buy the car from the E4 programme The Inbetweeners.

It is the second time street dance has been used to promote the charity occasion since Flawless was involved in promoting the launch of the Red Nose Day 2011 t-shirts.

Also on auction is props from the Walkers Crisps Clash of the Comics promotions, the opportunity to appear on Christian O Connell’s radio show and a follow from JLS on Twitter.