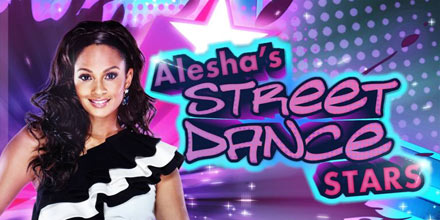 Alesha’s Street Dance Stars, announced in March, will be presented by Alesha Dixon and judged by Kenrick ‘H20’ Sandy of Boy Blue Entertainment, So You Think You Can Dance finalist Lizzie Gough and Turbo (Issac Baptiste), as revealed by AllStreetDance.

AllStreetDance can also confirm that Flawless  will also make an appearance in the programme.

The show runs over ten episodes starting on 22 August 2011 featuring 24 street dance crews aged between 10 and 16 that have been selected to perform in the first round of qualifiers after auditions took place across the UK.

The series puts the crews through their paces to find out which group has what it takes to be crowned Alesha’s Street Dance Stars 2011.

Each day eight crews battle it out for a place in the final 15 – only five crews each day will make it through. At the end of the show each of the successful dance crews will find out they have a brand new challenge for the semi-finals adopting a new dance style.

Thursday 25 August
The final 15 competitors take part in one of three heats for a coveted place in the semi-final. To get through they’ll need to gain top marks for choreography, showmanship and technique; only three will make it through to Friday’s show.

The show will progress on Friday before the last five episodes the next week from Monday 29 to Friday 2 September.

No details on the coveted prize have been announced yet.