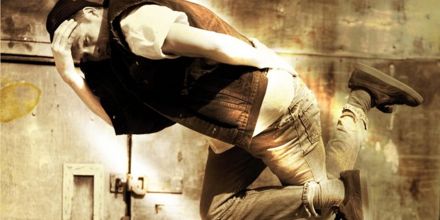 Castle Rocks B-Boy Championships 2012, the annual 2-on-2 breakdance competition at City Nightclub in Edinburgh, has announced its invited b-boy line up.

The invitations include Hurricane Ray and Sam of Team Scmetta from Holland and Belgium, current defending champions after winning Castle Rocks 2011 against Floor Mavericks (a duo consisting of Blanka of Floor Gangz and Angry Abdul of Soul Mavericks), and eight others invited international dancers.

The concept of Castle Rocks B-Boy Championships has invited national and international b-boys to battle against local breakers, placing local dancers up against international competitors.

Local b-boys can enter the Castle Rocks qualifiers which take place earlier in the day in order to be seeded against the invited b-boys later in the evening for a £500 cash prize.

To enter Castle Rocks as a competitor, email peter@movingincircles.com

Castle Rocks qualifiers take place from 12pm which is free to competitors and main event ticket holders, or £3 without and pay on the door only. Tickets to the main event are £10 or £9 concession and can be bought online.