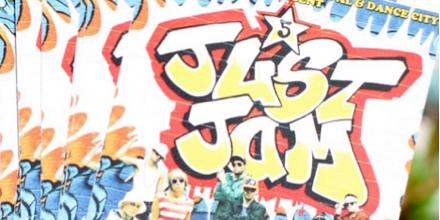 Thomaz battled Sebastien of Battle Squad, France in the finals after defeating B-Girl AT of Flow Mo Crew, Norway in the semi finals.

The Just Jam 2012 battles included eight international and eight UK invites alongside 64 dancers that signed up to battle in advance.

Winners of each round are shown in bold.

Just Jam is part of Juice Festival, NewcastleGateshead’s festival for children and young people, celebrating its fifth anniversary this year. In 2011 the Just Jam winner was T-Killa.

Just Jam International is a two day hip hop dance festival that consists of an evening of workshops and a theatre night followed by its main attraction, the Just Jam 2012 b-boy battle on the second day.