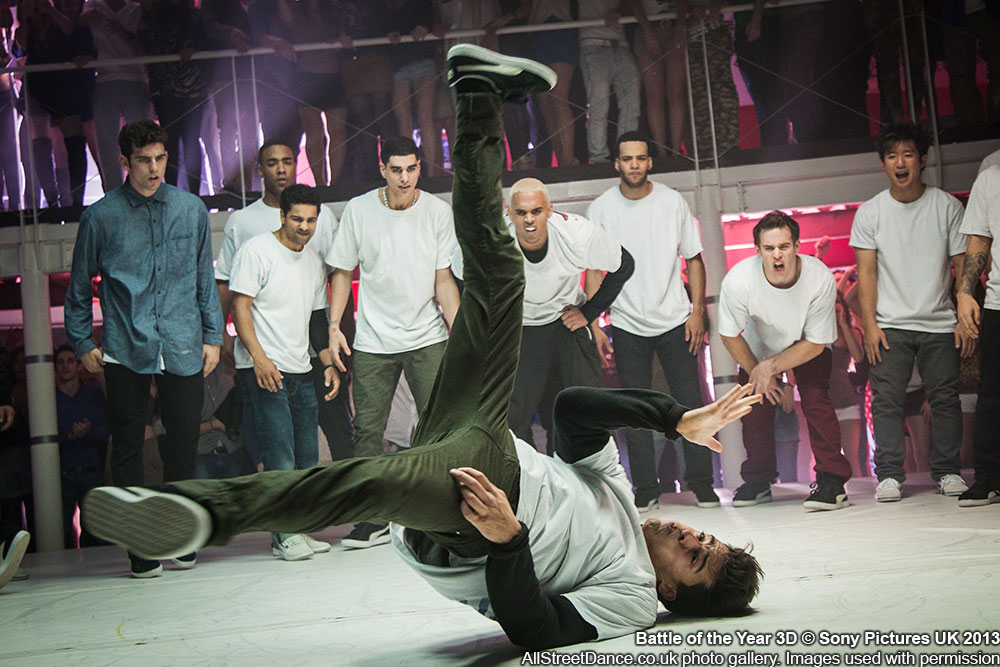 Battle of the Year: Dream Team is a movie based on the annual b-boy competition of the same that takes place in Germany (formerly France), filmed in 3D and directed by Benson Lee, director of the documentary Planet B-Boy.

It stars some of America’s top dancers in supporting roles including Ivan ‘Flipz’ Veles, B-Boy Casper, Kid David and B-Boy Do-Knock with Dave Scott, choreographer of the Step Up movies as movement director and Chris Brown playing the role of Rooster.

Battle of the Year is in theatres across the UK by Screen Gems on Friday 15 November 2013.

Battle of the Year is the Olympics of break dancing, a tournament held every year that attracts all the best teams from around the world, but the Americans haven’t won in fifteen years. Los Angeles Hip Hop mogul and former B-Boy Dante (Alonso) wants to put the country that started the Sport back on top. He enlists his hard-luck friend Blake (Holloway), who was a championship basketball coach, to coach his team. Armed with the theory that the right coach can make any team champions, they assemble a Dream Team of all the best b-boys across the country.

With only three months until Battle of the Year, Blake has to use every tactic he knows to get twelve talented individuals to come together as a team if they’re going to bring the Trophy back to America where it started. Inspired by the actual World championship held yearly in France.