Flawless appear alongside comedienne Jo Brand and TV presenter Matthew Kelley in the Christmas show this December with Flawless playing the role of the Peking Police Force.

Flawless is a UK street dance crew that were finalists in Britain’s Got Talent 2009. Past theatre shows Flawless have done include their own show Chase The Dream, Against Time in collaboration with the English National Ballet, both of which have embarked on UK tours, and have appeared in the movies Street Dance 1 and 2. In 2014 Flawless will also appear in Flash Mob at the Peacock Theatre in London.

Aladdin is at the New Wimbledon Theatre, The Broadway, Wimbledon, London SW19 1QG, from Friday 6 November 2013 until Sunday 12 January 2014. 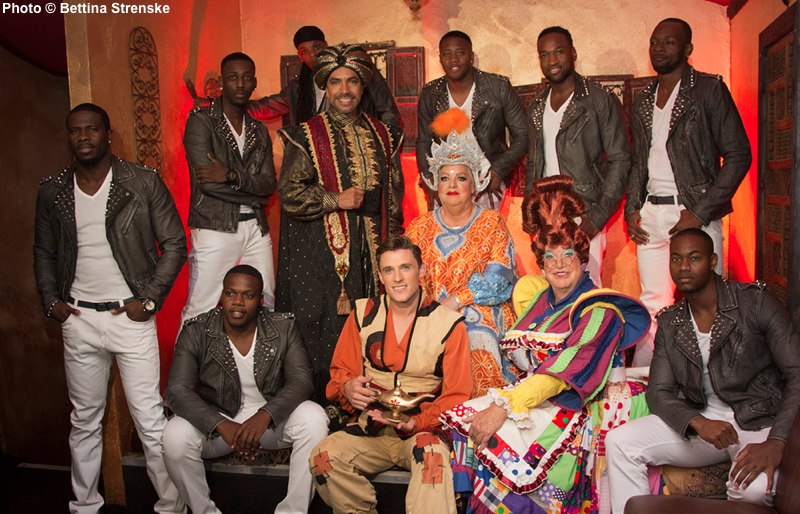 Jo Brand
Genie of the Ring