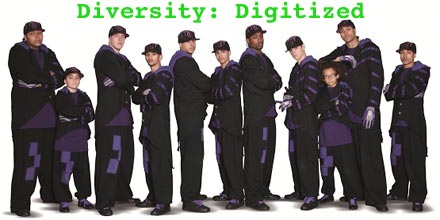 Diversity has announced the dates for its 2012 tour, Digitized. The follow up to the Diversitoys: Bringing A Toy Story to Life tour will take place throughout March and April next year at 11 arenas across the UK.

Ashley Banjo, choreographer for Diversity, said: “We have been blown away by the reaction we received from our first two tours. It has been amazing. We are really looking forward to getting back out there with a brand new show.”

Tickets for the Digitized tour can be bought through TicketMaster.