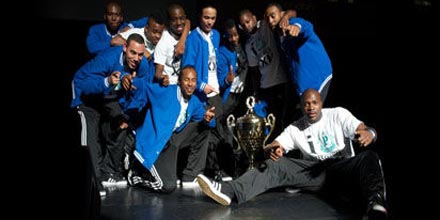 Channel 4 has announced its titular Streetdance programme, part of its Street Season, will broadcast on Saturday 13 and Sunday 14 August 2011.

Streetdance will follow Peridot, current Street Dance XXL 2011 champions, as they travel to New York for a UK versus USA dance off.

The documentary will also feature key personalities in street dance talking about the growth of the UK and international scene.

AllStreetDance revealed that Street Dance XXL was involved a documentary with Channel 4 in January, and that the winners would fly to New York after winning the championships after the Street Dance XXL qualifiers at Move It.

Streetdance is produced and directed by Bafta award-winning director Gavin Searle (Meet the Natives/Welcome to Lagos).